Become the biggest Crowd Run – City Of Wars in town!
Be the greatest. Destroy your opponents and be king.

The goal of the game is to create in a short time the largest crowd on the map, the biggest than of all other groups.
Simple Crowd Run – City Of Wars. This game is about bringing people together. To attract a neutral person member in your ranks, you only need to go to him. He only thanks to your talent of faith to join you and become the same color as you.

The more people you have and the more you find, the bigger your crowd becomes, but you must always remember about other groups: if the other group is bigger than yours, beware of it, otherwise, you will have to start the game again.

crowd run – city of wars Features:
– Town has 5 types, small and large maps, crowded people walk along the streets.
– The city simulator consists of separate town zones (there are a lot of them), where a player men appear.
– The running crowd is gradually lagging behind the character and you should wait until other players will not capture it.
– This new crowd simulator is free, no money!
– The game session has a time limit around 2-4 minutes when it happens
– No fight against other people or kill, only people or citizens.
– Your goal: damage all enemies in the city and grab the world population.

Crowd run – City of wars is the best arcade game you can play anytime and anywhere, no internet connection is required.
Download today and win. Beat all the challenges and overcome obstacles.

Crowd run – City of wars Team Personal Note:
We are all about making games that are fun for our users and your ratings will allow us to keep doing that. 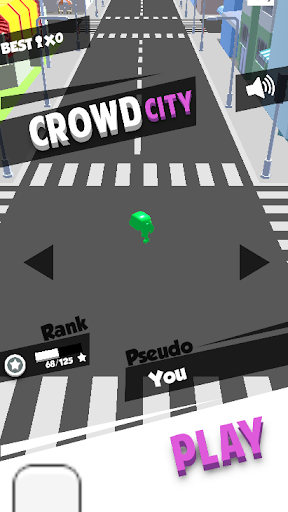 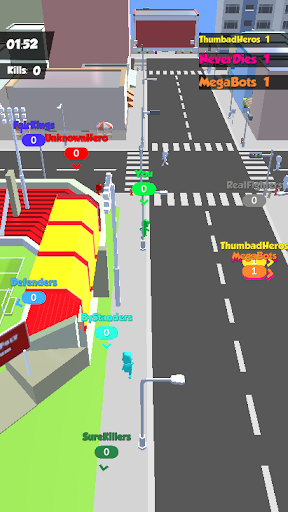 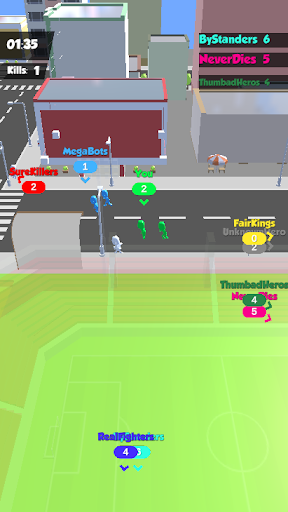 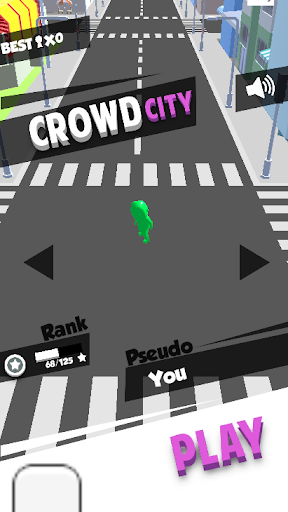 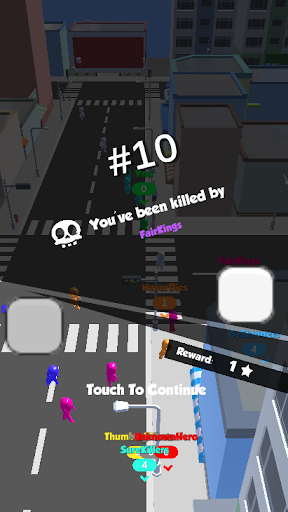 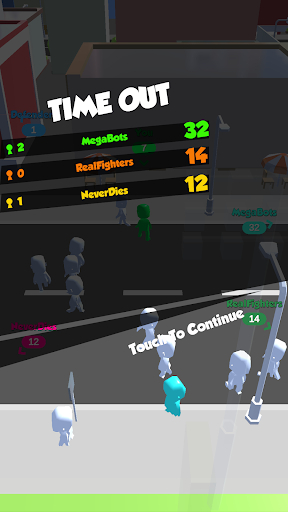