Immerse yourself in a world ravaged by a zombie invasion. Lead a settlement of survivors through the Zombie Apocalypse. Call on the help of the strongest members of different factions and face off against the walking dead!

Rescue humanity from a zombie invasion!
The world has been ravaged by an outbreak of walking corpses and needs heroes to save it! Lead a settlement of survivors through the Zombie Apocalypse to revive the human race from the ashes of the pre-plague civilization. Call on the help of the strongest members of different factions, fit them out with the best gear, and face off against hungry hordes of the undead!

FEATURES
ASSEMBLE A TEAM OF UNIQUE HEROES
Choose from a wide range of heroes with a variety of abilities. Unlock all the survivors from every available Faction! Hone their skills through training, level up their stats, enhance their unique abilities, and upgrade their gear. Assemble the strongest team possible to defend your settlement from the rotting masses on the prowl for human flesh.

MANAGE YOUR SETTLEMENT
Construct new buildings and upgrade your base to secure it against outside threats and unlock new game features. Choose your own strategy for development and produce food, materials, and other resources to ensure your settlement’s survival.

TEAM UP WITH OTHER PLAYERS
Making it on your own is hard, so forge alliances and join forces to survive. Find friends around the world to chat, support one another, and share gifts.

EXPLORE INFECTED AREAS IN PVE CAMPAIGNS
Send your strongest and bravest heroes into infected areas outside your safe haven. Progress through the storyline by completing campaigns and watch the rewards pile up. Fight your way through a wide range of locations, but watch out for both the living dead and hostile survivors.

FIGHT SPINE-CHILLING BOSSES
Among the infected, you’ll find rare and incredibly powerful monsters that pose a serious challenge to those who are experienced and daring enough to face them. Wage battle with these zombie mutants and defeat them to unlock valuable rewards, gear, and new heroes.

CONDUCT PVP RAIDS
Rob the unprotected storehouses of other players by attacking their hideouts and defeating their guards. Defend your base against attacks and avenge your fallen brethren by taking back what was stolen from you.

BATTLE IN THE PVP ARENA
Challenge other players in the arena by assembling a team of your toughest heroes! Destroy your enemies, work your way up to higher leagues, and get incredible rewards for your achievements!

EXPLORE A MYSTERIOUS BUNKER
Send your team into the depths of an underground bunker belonging to the secretive Corporation. Search for classified research projects, valuable resources, and rare gear. Try to find a vaccine for the zombie virus, but be careful: the bunker is teeming with surprises and untold dangers.” 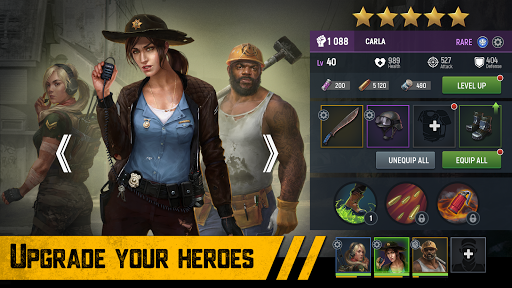 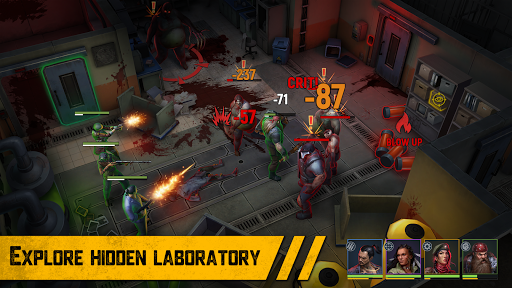 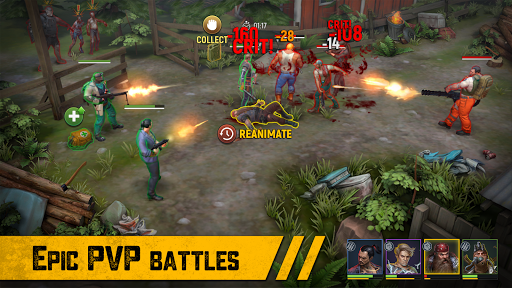 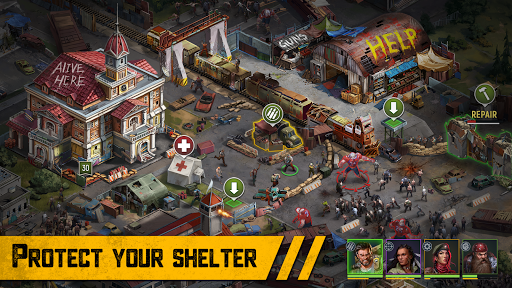 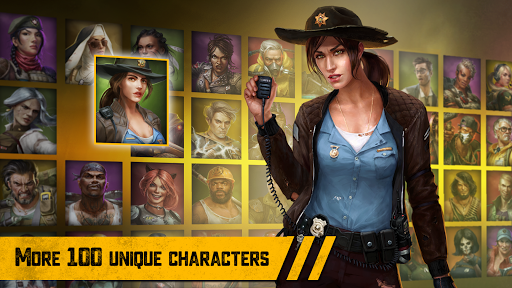 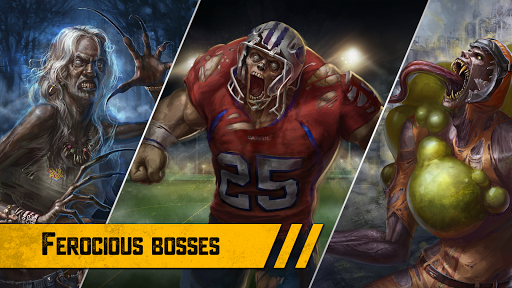