“Deal The Big Deal” is an exhilarating hit game show where contestants play and deal for a top prize of $1 million in a high-energy contest of nerves, instincts and raw intuition.

Each night, the game of odds and chance unfolds when a contestant is confronted with 25 sealed briefcases full of varying amounts of cash – ranging from a measly penny to $1 million. Without knowing the amount in each briefcase, the contestant picks one – his to keep if he chooses – until its unsealing at game’s end.

The risk element kicks in when the player must then instinctively eliminate the remaining 24 cases – which are opened and the amount of cash inside revealed. The pressure mounts as in each round, after a pre-determined number of cases are opened, the participant is tempted by a mysterious entity known only as “the Banker” to accept an offer of cash in exchange for what might be contained in the contestant’s chosen briefcase – prompting Mandel to ask the all-important question – Deal or No? You must think carefully to give the right answer.

As each case is opened, the likelihood of the player having a valuable cash amount in his or her own case decreases or increases. Viewers will see if, truly, fortune favors the bold. The contestant knows that as long as the larger cash prizes haven’t been opened, the Banker’s deals will only get higher. And if the conflicted contestant accidentally opens a case with a bigger cash value – the Banker’s offer could suddenly evaporate.

If you see anything need to improve to make game more fun. Please give us your comments.
VGDN committed to bringing the good game for Google Play.
Fixed bugs 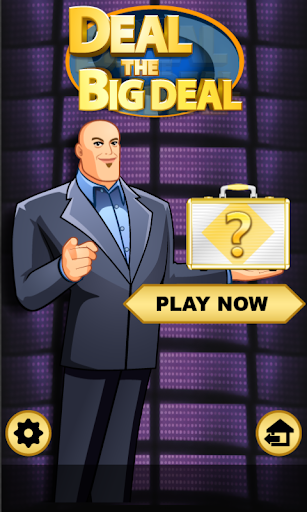 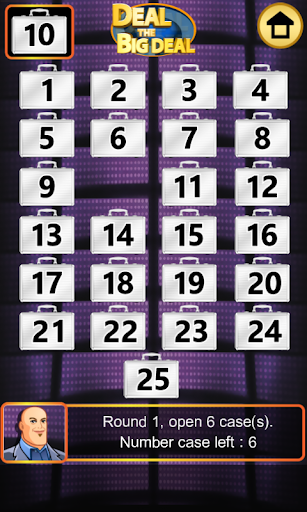 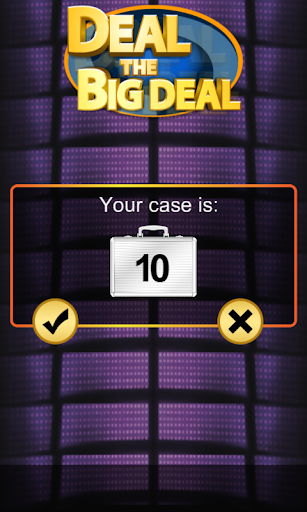 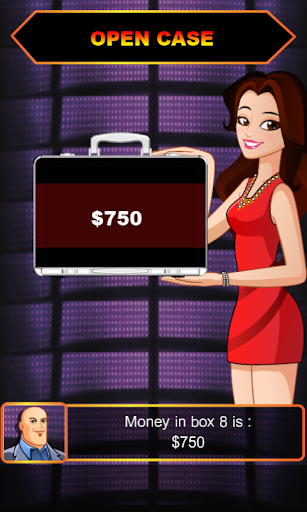 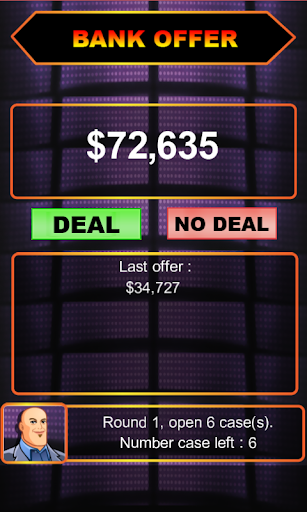