Subway rush endless runner game 3D train run and avoid obstacles to save yourself. Run as fast as you can to escape yourself from complex hurdles and traffic. Swipe left and right to take turns, slide and jump to avoid hitting anything that comes in your way like traffic cones ,barriers and subway buses and trains. Have an exciting and endless run on Bus. You can collect different things that will boost up your energy to run faster. You can also collect coins while running and buy power ups from the store. Unlock new characters, and run like hell to challenge your friends in this fun run game to play and see how far you can run on subway train tracks. Download it now and start your Subway Endless Runner Rush 3D journey and be a top runner in this most thrilling fun running game.

Bus runner subway endless rush addictive running game 3D. Run as fast as you can with different characters and dodge the obstacles and trains which are coming on your way. Swipe controls left, right, up and down to move character, slide and jump. Coins are placed in the air. Use different gadgets and power up to collect coins and unlock different characters.

Surfing underground and dodging through the buses, trains and railways have never been a more exciting, challenging and fun run game to play. In this free endless runner game, you have a mission, you need to escape from the security man of rail, and you also need to avoid hitting different obstacles like traffic cones, coming trains and buses in your way to get caught. Play this game full of adventure running endless. You can run fastly by collecting different power ups and boost your energy to get high scores. There are multiple characters available in the store. You can unlock them by collecting coins in the fun run gameplay. You can also collect some keys and treasure boxes to get some special rewards like super ski boards, rockets to fly higher, super jump shoes, automatic obstacles clearance, magnet for coins to collect and much more.

Subway endless bus runner rush 3D is a fun running adventure game to play with your friends. Download now and run as fast as you can. 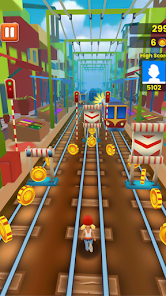 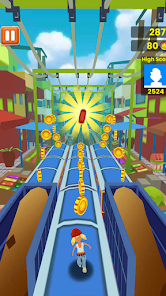 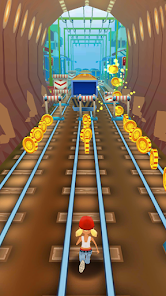 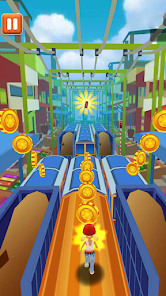 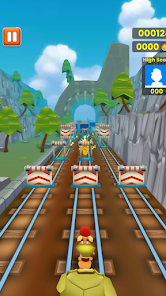