Teen Patti, also known as Indian Poker, is popular across the globe, especially in Asia. It works by making bets on card hands. There are two ways to bet chips on card hands — BLIND and CHAAL. At the end of the game, the player with the highest-ranking hand wins. He would also get all the chips that have been used for betting.

Teen Patti Future is intended for an adult audience for entertainment purposes only. This game is only for players over 18 years old. Teen Patti Sweet just simulates the game with virtual currency. Success at sicual casino gambling does not reward real money prizes, nor does it involve in any real money gambling.
Fix Bug 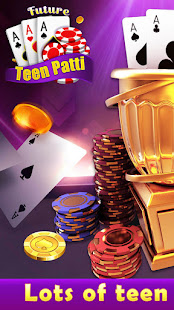 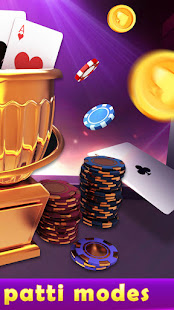