Warhammer 40,000: Lost Crusade is an online MMO strategy mobile game set in the Warhammer 40,000 universe. As a Space Marine Force Captain, command a Battle Barge, train elite troops, recruit legendary heroes and play with allies to defeat the Forces of Chaos and conquer your part of the galaxy! For in the grim darkness of the far future, there is only war. For the Emperor!

# Guard the Imperium of Man #
Upgrade characters and fight side by side with famous heroes from Warhammer 40,000 lore.

# Space Marines #
In addition to commanding a variety of Space Marine units, you can also unite the numerous forces of the Imperium against Chaos.

# Lost Crusade #
You will be able to participate in epic battles against the forces of Chaos. Lead an expedition to destroy Chaos, guide your troops on the battlefield and defeat enemies using tactics and skill.

# Real-Time Combat #
The troops you lead will actually appear on the battlefield in the Expedition mode. You will be able to control heroes, use skills and deploy troops to defeat the enemy and earn rewards!

# Alliance System #
A full set of alliance features allow players to help one another across the globe: enjoy an alliance chat with a built-in translation feature, set officer roles, add map indicators to coordinate strategies and more!

#Troop upgrade#
Not only can troops be acquired and researched, but they can also be upgraded to higher level tier, which gives more flexibility and strategic options during the early stages! 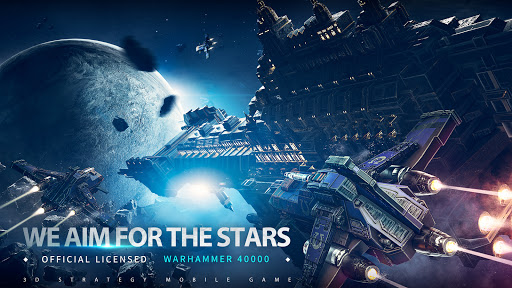 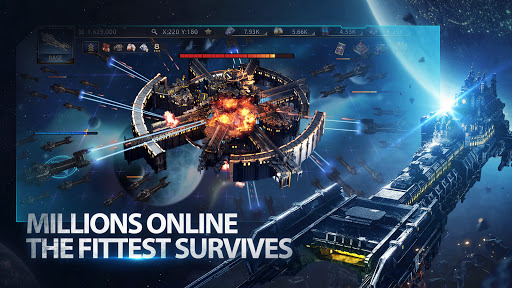 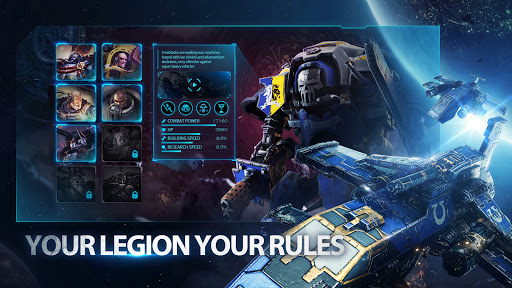 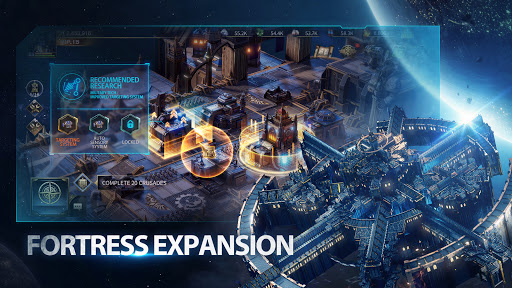 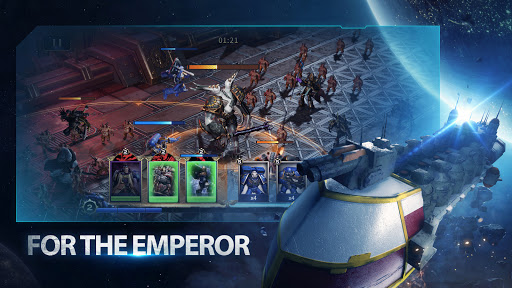